The himalayan part of India, not easy to get to, the roads are snowbound till May, and even when they are open it used to be a 2 day bus ride from Srinagar in Kashmir. But when I went there in 1982 I had the pleasure of flying in from Srinagar, it takes 25 minutes and at that time cost £25 each way, I have never had such an amazing flight in my life.

from the plane window 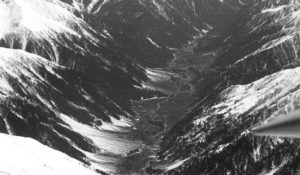 I have never seen such sights from a plane window

Ladakh is a largely buddhist area with a big military presence also as this where the Chinese tried to invade in the 60’s. Several roads are permanently closed, many miles up the Indus valley you will come to Tibet. 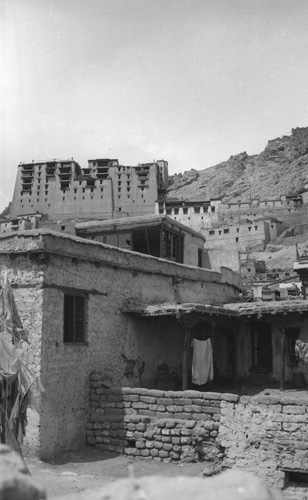 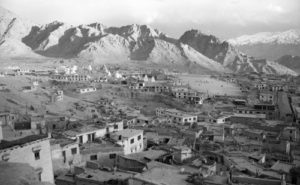 The view from Leh palace 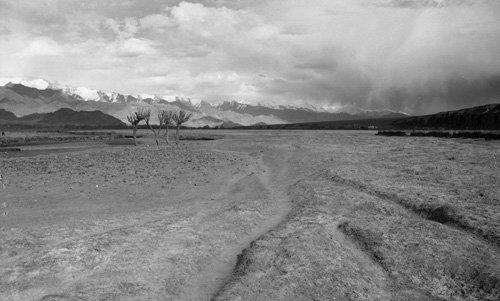 the flood plain of the Indus 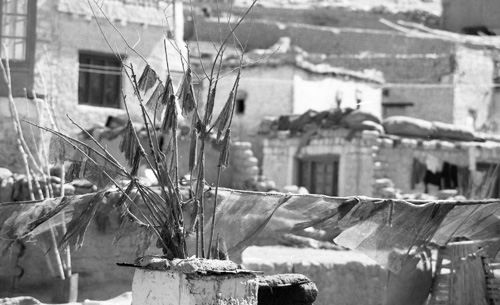 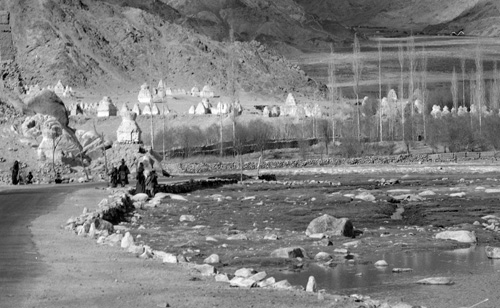 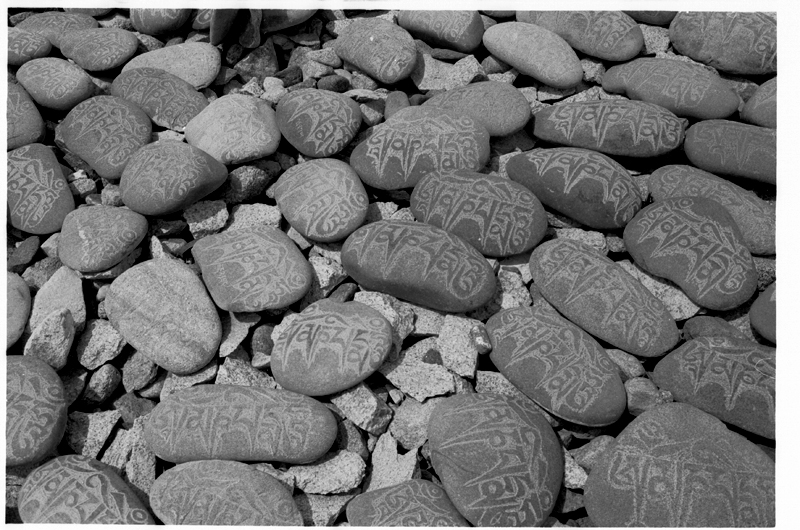 The roads are lined with these stones everywhere you go in Ladakh, and they are big, you can’t just slip one in your pocket and take it with you.